Got a tip?
Home » Breaking News » Purdue Shooting Kills One; Suspect in Custody 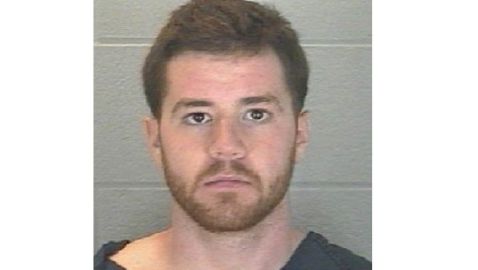 One man was shot and killed on Tuesday at an electrical engineering building on the campus of Purdue University, according to CNN. According to Purdue Police Chief John Cox, the shooter had just one target because he left campus after the shooting. The suspect, identified as Cody Cousins, was arrested by a city police officer.

“This appears to be an isolated and intentional act,” Cox said. “The victim appeared to have been targeted by the suspect, and it was no more and no less than that.”


The victim has been identified as Andrew Boldt, 21. Boldt is a senior from West Bend, Wisconsin. He also worked at the school as a teaching assistant. Cousins, 23, is a student in the college of engineering. He was “booked on a preliminary charge of murder,” according to Cox.

Around 6 p.m. local time police in West Lafayette, Indiana used a search warrant for the home of Cousins. Police Chief Jason Dombkowski said that officers at his department have had contact with Cousins in the past. He said they had “previous contact with the suspect (for what) I believe (was) an alcohol offense.”

Police have not released a motive, the type of gun used, or how the two men know each other, if they do at all. Most media outlets learned of the shooting via Twitter.


CNN iReporter Jeff Ooms works blocks from the school and went right to the scene. “You hear about school shootings all the time, but you never expect it to happen where you live. Everyone was just confused and shocked.”

Multiple witnesses spoke of hearing anywhere from four to five shots inside the building. Once students heard the first gunshot they immediately exited the building. Others waited to leave until officers cleared lecture halls.


David Hook was also in a lecture hall, which was located in a building connected to where the shooting took place.

“Originally, I just thought it was just people being loud,” Hook told CNN. “When I heard (shouting) the second time, I thought something was probably going on.” Eventually, “someone came in and yelled to evacuate the building and then an alarm went off. I walked out, and there were police cars everywhere.”

Cox was pleased with the quick response of his officers and officers from the city of West Lafayette.

Mitch Daniels, the president of Purdue, said, “Violent crime, whenever and wherever it occurs, shocks our conscience and incites our rage. When it happens in our home, to a family member — and, as a Boilermaker, Andrew Boldt was family to us — those emotions are more powerful still.”