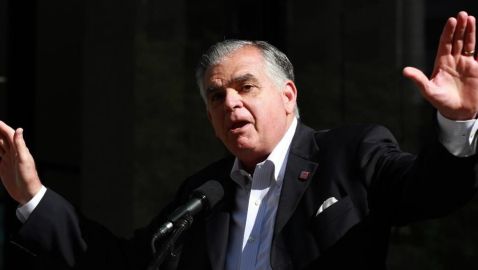 The law firm of DLA Piper has announced that Ray LaHood is joining the firm at its offices in Washington and Chicago. The announcement was reported by The Chicago Tribune. LaHood is the former United States Transportation Secretary and a former congressman in Illinois.

LaHood is a native of Peoria and is a 68-year-old Republican. He served as the head of transportation during the first term of President Barack Obama. LaHood served in Congress from 1995 to 2009.

According to a Congressional Research Service report from 2012, former Cabinet members are not permitted to lobby at their former agency for two years. They are under probation during those two years after leaving government because of the revolving-door laws. He is permitted to lobby Congress right away though. The report also stated that the ban of two years prevents former government members from lobbying top officials at federal executive branch departments and agencies.

DLA Piper also announced that Joan DeBoer will join the firm with LaHood as a policy adviser. DeBoer worked with LaHood as his chief of staff at the Transportation Department. She also worked in Congress with LaHood.


There are more than 4,200 lawyers working for DLA Piper in over 30 countries in North and South America, Asia, Europe and the Middle East. For available jobs at DLA Piper, visit LawCrossing today to browse all openings.