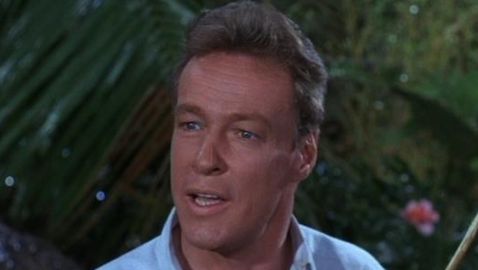 The man who played the Professor in the TV sitcom “Gilligan’s Island” has passed away. Russell Johnson died at the age of 89, his agent told CNN.

Johnson played Professor Roy Hinkley on the 1960s sitcom who came up with various inventions to save the castaways. Johnson passed away at his Washington home where he lived with his wife, Connie. Agent Mike Eisenstadt said that Connie and daughter Kimberly were at his side when he passed away.


Johnson is survived by his stepson, Court, and one grandson. His agent said that Johnson was working up until his death, signing autographs during the holiday season. The death was described as ‘unexpected.’

CNN was told by the chief deputy coroner in Kitsap County, Washington that Johnson passed away due to natural causes.

Johnson began acting in the first half of the 1950s as a television character actor. He portrayed Marshal Gib Scott on “Black Saddle” for two seasons. The show was a Western that ran in 1959 and 1960. Following his four seasons on “Gilligan’s Island,” Johnson appeared in dozens of shows.


He also played a nuclear physicist in the 1955 film “This Island Earth.” Johnson was in the 1953 classic “It Came From Outer Space.”

Johnson was a veteran of the United States Army Air Forces during World War II. His B-24 Liberator was shot down during a bomb raid in the Philippines in 1945. He paid for acting school following the war with the benefits from the G.I. Bill.


Johnson said that the case never expected “Gilligan’s Island” to last more than the original 13 episodes, but it did because of the “great chemistry” of the cast. Johnson said this during an interview in 2004 for the Archive of American Television.

Tina Louise, who played Ginger on “Gilligan’s Island,” said she was ” very saddened to hear of the passing of Russell Johnson. My prayers and condolences go out to his wife Constance and his family. He will always be in our hearts and remembered from Gilligan’s island as part of American pop culture history. He will truly be missed.”