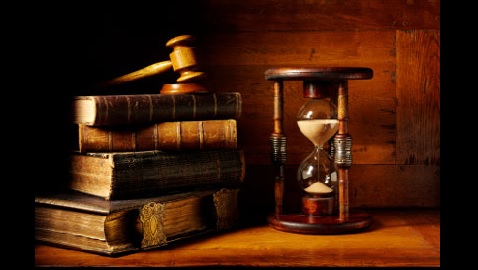 A law was passed in 2012 that targeted the process of flagging scores of disabled students who took the law school admission test. The flagging was done by the Law School Admission Council, according to the SF Gate. Now, a state appeals court says that California is allowed to enforce a disability-rights law that prohibits the makers of the test from notifying law schools that test-takers receiving extra time due to an impairment.

The test is taken by some 100,000 prospective law school students annually across the country. The results are then sent to some 200 law schools in the United States, Canada, and Australia.


The disability laws require that the council provide students with accommodations if they have documents detailing their mental or physical impairments that could affect how they take the test. The students could be privy to longer breaks during the test, Braille, larger print, or additional time to complete the test.

When the test scores are sent to schools, the tests are listed as being taken under ‘nonstandard conditions’ and that they should not be weighed with the other test results sent.

In February of 2013, a judge from Sacramento County issued an injunction against enforcing the state law. The judge noted that the state does not ban flagging by companies that administer the medical school exam or the Scholastic Aptitude Test for admission to college. During the appeal by the state, the Third District Court of Appeal allowed the law to stay in effect. The ruling to overturn the judge’s order was issued on Monday.


In the ruling, which came in at 3-0, Justice Andrea Hoch said that the state is allowed to set varying standards for the admission tests of different professions. According to Hoch, the American Bar Association discovered that the practice of flagging tends to discourage students from becoming lawyers, even if they are qualified.

The issue in the case is whether or not the law violates the constitutional right to freedom of speech because it limits the council’s communications with law schools. Hoch said that flagging test scores can either be accurate information about accommodations or is actually unfair discrimination. Hoch said this issues could reach trial.