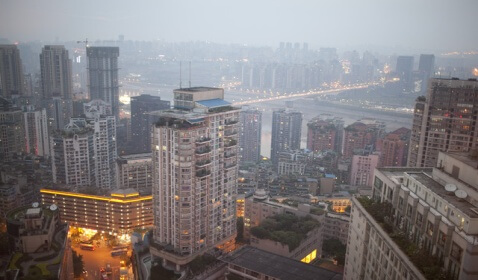 A province is the highest level Chinese administrative division. There are 34 such divisions, they are classified as 22 provinces, 4 municipalities, 5 autonomous regions, 2 Special Administrative Regions, and the claimed Taiwan Province. Every province has a Communist Party of China provincial committee, headed by a secretary beside the two special administrative regions. The committee secretary is in charge of the province, rather than the governor of the provincial government.

Different parts of China have very different standards of living and China does not set one minimum wage for the entire nation. The task of setting minimum wages is delegated to the local governments. Each province, municipality, or region sets its own minimum wage in accordance with its own local conditions.


Wage growth targets for workers this year for more than one third of China’s provincial level governments show most of them trimming down salary increases as companies face decreasing profits during a slowing economy. A report by the Economic Information Daily released that of the 12 local governments that have released wage plans, most have targeted 14 percent wage growth this year.

An economist with the Chinese Academy of Social Sciences, Yuan Lei, said that China’s exports may slow down even further this year due to a weak global economic recovery, which will create even greater pressure for export-oriented companies in hiking up the workers’ wages.

According to English People Daily, Yang Liming, a labor and wage researcher with the Ministry of Human Resources and Social Security stated that, “Overly fast wage increases will push up costs for enterprises, and may even cause challenges for the operation of small and medium-sized companies.”


Expansion will be slow as the government focuses on policies to sustain the economy in the long term, reports Bloomberg News. For Information on employment with Bloomberg News click here.