Got a tip?
Home » Breaking News » Apple and Samsung to be Friends Again 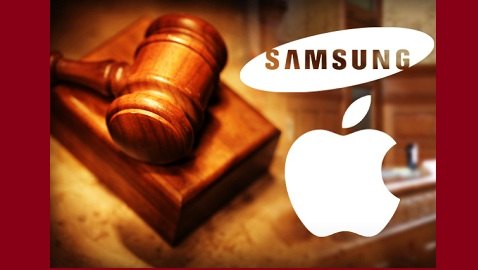 The Apple-Samsung patent war may be nearing its end. Possibly tired with the hassle both companies are facing over their disputes, they seemed to have agreed on mediation. According to an agreement filed in federal court in San Jose, the battling tech giants have decided to submit to mediation in an effort to resolve their patent disputes over the technology of smartphones.

The agreement to accept a mediator was in response to a request made by U.S. District Judge Lucy Koh, who wanted that both sides submit a settlement discussion proposal over their disputes before the trial commence in March. Senior legal executives of the companies met on January 6 to discuss ways to resolve disputes.


According to the documents filed at court, both the companies have agreed to retain a mediator, “who has experience mediating high profile disputes.” However, the proposal does not name any such mediator, and hasn’t given any indication that such a mediator has already been selected to the satisfaction of both parties to the dispute.

The filing also mentions that only the chief executive officers of the companies, accompanied by a few company lawyers will attend the mediation to be held before February 19.

However, the future for reaching a settlement does not seem too bright as both Apple and Samsung have previously tried to resolve their disputes following court-ordered settlement negotiations. In 2012, during their first dispute, U.S. Magistrate Judge Joseph C. Spero had handled the negotiations, and the companies tried at least twice to settle out of court in 2011 regarding their disputes before the International Trade Commission.


If the matter goes to trial, Apple would try to obtain a ban on the sales of certain Samsung products in the US which were at issue in the first patent trial. The said devices are no longer available in the market, but receiving a ban might open up the path to compensation and damages. It might also deter Samsung from releasing new products that may have a chance of infringing sensitive patents.


The tech giants, Apple and Samsung have finally decided to take a final call on the patent war and they seem to have agreement for mediation. A proposal was filed in the Federal Court at San Jose as in response to a request made by the U.S. District Judge Lucy Koh to accept a mediator and requires both sides to submit a settlement discussion proposal over their disputes before the trial commences in March.