Got a tip?
Home » Home » Social Media Celebrity Pleads Not Guilty in Beating Death of Lawyer 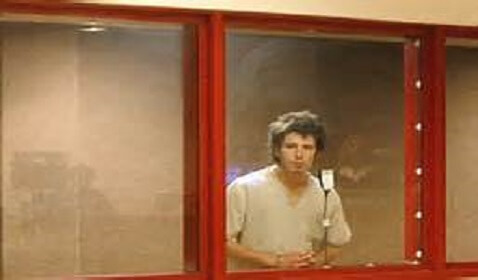 Caleb McGillivary, 25, also known on social media as “Kai the hatchet-wielding hitchhiker,” pleaded not guilty today to charges that he killed a 73 year old lawyer in the victims’ home in Clark last May.

According to Nj.com. during his arraignment before Superior Court Judge Joseph Donohue, McGillivary stood silent and motionless. His lawyer, Union County public defender Peter Liguori filed the not guilty plea of the murder of Joseph Galfy. Judge Donahue scheduled a status conference for January 27th.


McGillivary and Joseph Galfy met “by chance” in Manhattan’s Times Square on May 11. McGillivary is suspected of beating Galfy in his home on May 12. Galfy, a partner in a Rahway, New Jersey law firm didn’t show up for work May 13. Police were called and when they entered the home they found Galfy dead in his bed. According to authorities, after he beat Galfy, McGillivary left and went to Asbury Park and later went to Philadelphia.

From Canada, McGillivary posted on his Facebook page that he was drugged and sexually assaulted, but didn’t say where or when. Union County prosecutor at the time Theodore Romankow said McGillivary’s comments were “self-serving.” He was arrested two days later in Philadelphia.

McGillivary was hitchhiking last February and became an internet celebrity when he used a handle from a hatchet to subdue the driver that picked him up, when the driver tried to run over and kill a utility worker.