Got a tip?
Home » Celebrity News » Arrest Made in Shooting Death of Rapper Doe B. 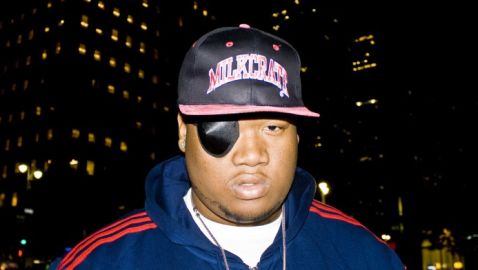 An arrest has been made in the shooting deaths of rapper Doe B. and a young woman at a bar in Alabama this past weekend, according to The Associated Press.

The person in custody is Jason Quan McWilliams, 25, of Montgomery. He surrendered to police on Sunday night and has since been held without bail. McWilliams is facing two charges of capital murder.


The Centennial Bar and Grill was shuttered by city officials after the shooting, which took the lives of Doe B., 22, and Kimberle Johnson, 22. Johnson is a student at Troy University. Doe B.’s real name is Glenn Thomas. The two were fatally shot early Saturday morning and six other people were injured.

According to a statement from the police, the shooting occurred because of an argument involving Doe B. One of the wounded from the shooting, 20-year-old Clarence Young, attended a vigil for the deceased victims outside the closed bar on Sunday.

Young said he was at the bar for a birthday party and said he knew Johnson from high school. “It sounded like it was from just one gun,” he told the Montgomery Advertiser. “There were a lot of people in the club. I heard the first couple of shots and felt the blow.┬ĀI knew Kim from high school,ŌĆØ he said. ŌĆ£It was just a bunch of friends out having a good time, and then this. IŌĆÖm not taking it well, not at all.ŌĆØ


Lea Epps and Deneka Bullock planned the vigil. They are both from Montgomery. “It’s time for us as a society, we have to stop leaving it to our elders to want change, we have to want it for ourselves,” Epps told the Montgomery Advertiser. “We have to stop putting down our books and picking up guns. We are losing a lot of young people, very young. And I think that it’s time that we just stop the violence now.” The deaths of Doe B. and Johnson are the 47th and 48th homicides in Montgomery this year.