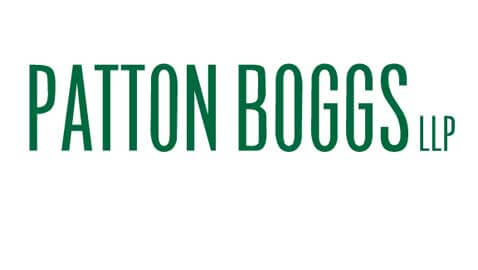 The law firm of Patton Boggs, headquartered in Washington, has stopped its talks about a merger with the law firm of Locke Lord. Locke Lord is located in Texas and is much larger than Boggs, according to a report from Reuters.

Two former partners at Patton Boggs informed Reuters in October that the firm was discussing a merger with Locke Lord, which is located in Dallas. Patton Boggs is known for lobbying and public policy and has 500 lawyers. Locke Lord has 650 lawyers.


Would these two firms have merged, it would have created the 36th largest law firm in the United States.

Reuters reached out to Edward Newberry of Patton Boggs and Jerry Clements of Locke Lord for comment, but did not receive a response. Reuters did receive information from a source that said the merger fell through partly because Patton Boggs wanted to keep control of the firm and its brand. A source noted that Patton Boggs was worried it would have been consumed by Locke Lord.

On the other side of the merger, Locke Lord was worried about a legal battle that was ongoing between Patton Boggs and Chevron. The issue at hand involves a multibillion-dollar judgment against Chevron in Ecuador. James Tyrrell, a partner at Patton Boggs, is representing the villagers in Ecuador who are trying to secure the judgment in the United States and foreign courts. Chevron was sued by Patton Boggs in February for attempting to cut the villagers’ chance to fund the case.


Chevron has asked a Manhattan federal judge to file counterclaims against the firm, claiming that Patton Boggs knowledge about the judgment came about because of corruption. Chevron also accused Tyrrell of taking the case even though he had ethical issues about the merits of it, but acquired it due to “enormous financial pressure at Patton Boggs.” Both the firm and Tyrrell have denied these allegations.

According to the sources from Reuters, Locke Lord is worried that the involvement of Patton Boggs with the Chevron lawsuit might hurt Locke Lord’s chances with future business involving Chevron.


Locke Lord has provided representation for Argent Energy, Natural Gas Partners, and White Deer Energy of late. The firm is known for its work as an energy practice. These cases involved financing and acquisitions.

Patton Boggs laid off 35 staff members and 30 lawyers back in March. Compared with 2011, profits per partner dropped by 15 percent to $736,000 in 2012, according to statistics from American Lawyer.

“We have aligned our staffing and attorney headcount levels with our revenue in a way to produce strong profitability for the firm,” Newberry told Reuters in November.

We are a small civil litigation firm in Henderson, NV with immediate availability. We also have a 7 ...

Expanding insurance defense firm is seeking a New Jersey attorney with 1-3 years of experience in Wo...