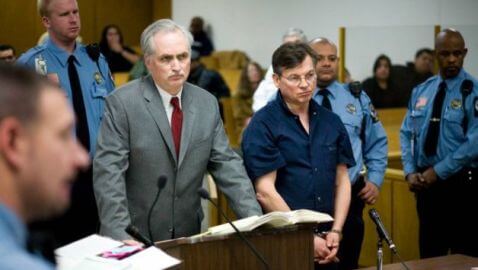 Mary Margaret Farren has been awarded $28.6 million by a jury in Stamford, Connecticut stemming from a lawsuit against her ex-husband, according to a report from ABC News.

The jury spent five-plus days hearing testimony from witnesses and seeing videos and photos from the case before issuing its verdict. Farren filed a civil suit against her ex-husband, John Michael Farren. He is a former deputy White House counsel from the George W. Bush presidency. The lawsuit sought millions of dollars in damages for a beating the ex-wife was subject to by Farren some four years ago.


Mary served John divorce papers on January 4, 2010, but John became enraged that she would not withdraw the request for divorce. Mary suggested a reconciliation, which postpones the divorce for six months, and that the two would attend counseling. John did not like that idea either, according to Mary.

On January 6, John assaulted Mary to the point of inflicting permanent emotional, physical, and psychological issues. Mary testified that John held her on the ground and punched her repeatedly while pulling out her hair.

She told the jury that John said, “I’m killing you,” right before he used a Maglite to hit her in the head. She somehow made it to the alarm system and hit a button that alerted authorities of an immediate emergency. Her daughters were seven and four-months-old at the time.


She made it to her eldest daughter’s bedroom, told her to get into the car, and said, “Daddy is trying to kill me.” She took her infant to the car and sped down the street to a neighbor’s house. The car stopped in the front lawn of John and Barbara Achenbaum’s residence.

When John Achenbaum heard the screech and the horn, he went to the door and saw Mary. He testified that she said the children were in the vehicle and that “my husband is trying to kill me. I’m going to die.” She then collapsed in the foyer of the Achenbaum home.


Mary claims she suffers regularly from vertigo, headaches, memory loss and other issues caused by the beating. Dr. Wilfred Van Gorp told the jury that Mary has post traumatic stress disorder and traumatic brain disorder. The doctor said that Mary will not be able to function the way she used to.

The criminal trial against John Farren is scheduled to begin in the spring of 2014. He has been charged with first-degree assault, attempted murder, and risk of injury to a child. If he is convicted, Farren could be sentenced to 70 years in prison.