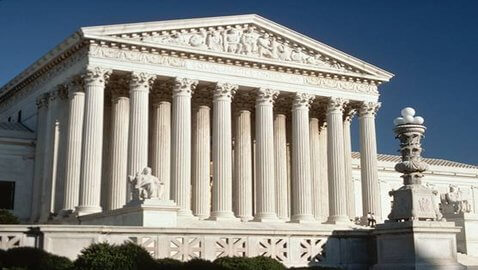 On Friday, the United States Supreme Court announced that it is going to determine if employees are allowed to sue their employer in regards to the company’s iffy stock. The issue at hand is if employees lose a large amount of money from their retirement accounts because the company encouraged that they invest in their stock.

According to a report from the Los Angeles Times, the Supreme Court justices will attempt to determine who can be held legally responsible for losses involving investments. This could be quite difficult since most employees manage their personal retirement themselves, but use ones provided by their company.


Those who work as administrators of employee retirement accounts are required by law to act as ‘prudent’ trustees. The law does not make it clear if they are to be held accountable for losses accrued by their employees because of unwise investments. Regarding the case at hand, the employer encouraged its workers to invest most of their money in the stock held by the company.

The majority of these cases’ outcomes included rulings that said employers cannot be held responsible for their employees’ losses. One such case, in Ohio in 2012, allowed employees at a bank headquartered in Cincinnati to sue because the bank’s stock lost three-fourths of value from 2007 to the beginning of 2009. The ruling was issued by a federal appeals court in the state.


Fifth Third Bancorp was named in the complaint from the Ohio case. The complaint said that the bank offered its employees the company stock as a prime investment option upon employment. The suit alleged that top officials of the bank hid from employees that the bank’s subprime mortgages were collapsing.

According to the 6th Circuit Court of Appeals, the allegations are a “breach of fiduciary duty” if they are proved. The court also noted that if the bank’s top officials knew that the stock was a risk, it was not ‘reasonable’ to hide that information from the employees.


Donald Verrilli Jr., the United States Solicitor General, urged the Supreme Court to hear the case and rule for the employees. Verrilli noted that the employers should be held accountable if they know of their company’s stock being overvalued and keep this information from their employees.

The case will be heard in March and the court will issues its ruling in the summer.