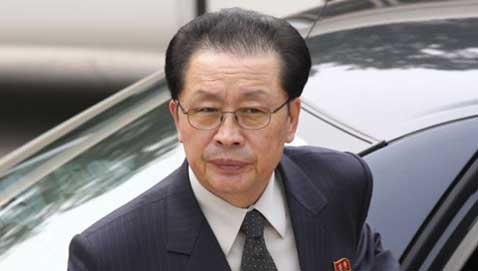 In a turn of events which was not surprising, though not expected so soon, the regime of Kim Jong Un in North Korea, arrested and executed Kim Jong Un’s uncle Jang Song Thaek with blistering speed. Before his arrest and death, Jang Song Thaek was considered to be the second most powerful man in North Korea, something which the new leader obviously did not find agreeable.

North Korea’s official KCNA news agency said, “The accused Jang brought together undesirable forces and formed a faction as the boss of a modern day factional group for a long time and thus committed such hideous crime as attempting to overthrow the state.”


Jang was accused of toeing the China line and trying to establish a China model of economics in North Korea. This would have opened up the economy to an extent that the regime in power did not find favorable.

Once the decision to remove Jang from his position of influence was taken, in characteristic manner, the state woke up and charged him with everything possible, and possibly true. A few days earlier, Jang’s arrest had been announced and North Korea had stated that Jang had been removed from all his posts because of allegations of corruption, womanizing, drug use, gambling and in general leading a “dissolute and depraved life.”

Jang, Kim Jong Un’s uncle had helped Kim come to power and consolidate it after the death of Kim’s father, the autocratic Kim Jong Il, two years ago.


The KCNA stated that a tribunal had examined allegations against Jang and his crimes including “attempting to overthrow the state by all sorts of intrigues and despicable methods with a wild ambition to grab the supreme power of our party and state.” The state propaganda machine of North Korea called Jang “a traitor to the nation” and “worse than a dog.”

Jang’s execution puts the country strongly under Kim’s autocracy, and any hopes of economic reform are lost for the time, or at least till the time Kim continues in power. Jang was the leading voice for Chinese-style economic reform in the country, and his prompt dispatch bodes ill for reformers and activists.