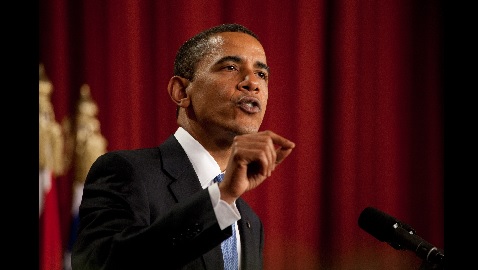 Why must there be three years of law school? Why not two? Former constitutional law teacher president Barack Obama broached the question this way:

“This is probably controversial to say, but what the heck. Law schools would probably be wise to think about being two years instead of three.”


How this would be wise for them isn’t immediately apparent, since they would be only taking in two thirds the tuition they currently do, but ever since elite schools convinced the American Bar Association (ABA) that three years was the magical number for law school, the entire system has followed suit.

But three is not a magical number, not more magical than two, and some might say that the basics of law could be taught adequately, nay even effectively, without the extra 3L pegged on their as awkwardly as it is.

At least this would help take the edge of student loans, which for law students have soared to an average of $140,000, often with JD’s finding no legal jobs on the other side of the bar. If they had only two years of debts, they might be interested in lower paying jobs or work for the public interest, as The Economist suggested.


James Silkenat, the president of the ABA, says he is interested in “innovations” to cut costs, but thinks law schools give “a better product with the full three years.” Perhaps it could be different? Perhaps it has to be, with the way the market is going? Innovation may be inevitable.