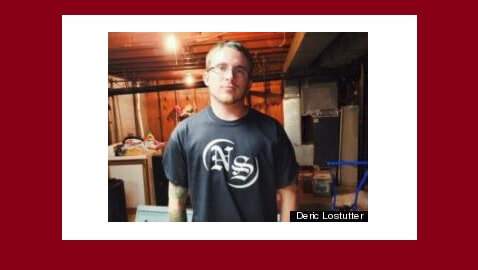 Just as the internet, unlike television, is interactive, news events are becoming interactive; not only can we blog about the Boston Bombing, or whatever captures our fascination and ire, or make conspiracy theory YouTube videos that analyze news as it is given, we can actually put ourselves into the news, become part of the story as it unfolds. This is what Deric Lostutter did. Known by his screen name KYAnonymous, he was the member of internet group Anonymous who introjected themselves into Steubenville rape case, revealing to the public texts and messages amidst students and authorities that proved incriminating, and also hacking a football website RollRedRoll.com and threatening to reveal security numbers unless apologies were made for the rape.

Lostutter is a self-employed IT security consultant who appeared in Anonymous videos wearing a Guy Fawkes mask, which for the group symbolizes their anonymity in making comments and working covertly. (The idea of anonymity was an idea founder Christopher ŌĆ£mootŌĆØ Poole intended, originally, for sharing pictures of favorite anime shows, but since evolved into a sort of activism, or ŌĆ£hacktivism,ŌĆØ among regular members of the boards).


He received a rude awakening when what appeared to be a FedEx truck (but really a party van) appeared at his door.

“As I open the door to great [sic] the driver approximately 12 F.B.I. Swat Team agents jumped out of the truck screaming for me to ‘Get The F**k Down’ with m-16 assault rifles and full riot gear armed safety off, pointed directly at my head,” Lostutter wrote.


This is the moment of reckoning for any Anonymous member, when his anonymity is forcibly taken from him, and he wonders to himself ŌĆō among other things — just what sorts of reaction pictures he downloaded from the site for the FBI to charge against him.


ŌĆ£We are neither the judge nor the jury, but itŌĆÖs fair to say we are the executioner,ŌĆØ he had said while masked in an interview for CNN. Role reversals are common enough in todayŌĆÖs topsy turvey justice system, and though the rapists MaŌĆÖlik Richmond and Trent Mays received one and two years, respectively, Lostutter could face up to 10 years in prison.