Got a tip?
Home » Legal News » Brooklyn DA Proposes Home Based Prisons for Mothers with Children 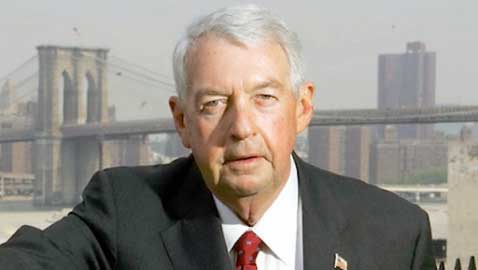 According to Hynes and supporters of the JusticeHome program, this is the first program of its kind in the country.

Currently, the attorneyŌĆÖs office is considering allowing up to 45 women with children get the benefits of the program. Hynes told the media, ŌĆ£Forty-five mothers will be spared jail and their children will avoid the trauma associated with watching helplessly as their mothers are carted off to jail.ŌĆØ


The laudable approach to civilized incarceration also carries an incentive for the system ŌĆō reduction of both incarceration costs and recidivism among female inmates.

The program is modeled after another program, Regina Drew House, launched by Hynes in 2008. The Regina Drew House is a residential alternative to ordinary prisons for women with children. After that program was found a success, Hynes wants to put the practice into operation full scale.

Hynes said many of the female offenders packed off to jail were possibly victims of domestic violence and both the Regina Drew House and the JusticeHome programs were meant to keep families intact and cater to the special human needs of women.


Hynes also said that the program was not open to any and all though all who meet certain criteria can apply. However, screening would be done on a case-by-case basis considering factors like nature of the offense, risk to public safety, criminal history, whether custody of children was with the offender, whether the applicant was a victim of domestic violence and etcetera.

Hynes mentioned that accepting the alternative to ordinary imprisonment would also drive down costs from approximately $129,000 a year (considering costs of incarceration and putting children in foster care) to $34,000 a year.