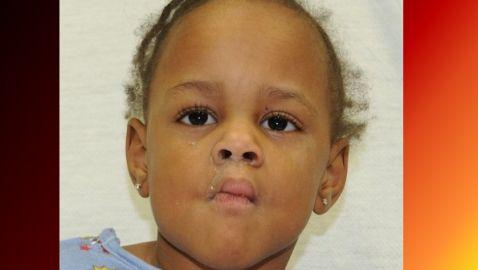 South Carolina authorities have announced that the ‘little Jane Doe’ mystery has been solved, according to ABC News and WYFF. The four-year-old girl was abandoned on a doorstep late last Tuesday night.

The girl was discovered in a stroller with a shirt that said “Auntie Loves Me.” She had a note on her diaper that read “Call DFAC” (Division of Family and Child Services). The girl has been identified as Zoe Brown by the Anderson County Sheriff’s Office. Brown is from Marietta, Georgia.


Brown’s parents, 31-year-old Alonzo Brown and 37-year-old Tongela Denise McBride were arrested in connection with the case. They were taken into custody on Friday and were charged with unlawful neglect of a child.

Roy Campbell is the person who found Brown on his doorstep, according to the Independent Mail.

“I heard the neighbor’s dogs barking so I went around the back of the house to see if they might have gone there,” Campbell told the Independent Mail. “When I didn’t see anyone, I went back to the front door and noticed that there was a baby in the stroller.”


Brown was taken to a local hospital and was examined. Doctors found that she was in good health. She is now in the care of the South Carolina Department of Social Services. Chad McBride, a spokesman for the Anderson County Sheriff’s Office, said that an investigation will focus on a possible connection between the subdivision where Brown was located and her parents.

Alonzo Brown was denied bail by the court after the director of victim services for the sheriff’s office requested the motion.


“It is a pretty heinous crime when you think about what happened to her, and a child that’s in the situation that she’s in. So, we are at this time going to deny your bond,” Judge James Cox told Brown at the arraignment.

“We know people out there have a desire to know and we wish we could put it out there, but, we want to maintain the integrity of this case so we can get justice for Zoe,” McBride explained.