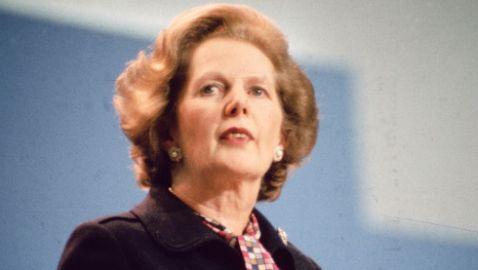 Margaret Thatcher, the only woman to serve as British prime minister, died at the age of 87 on Monday after suffering a stroke, according to CNN. A source from the British government said that Thatcher died at the Ritz Hotel in London. Her funeral will be held at St. Paul’s Cathedral with full military honors.

Thatcher was the prime minister from 1975 to 1990 as head of the Conservative Party. Her nickname was the “Iron Lady.” In 2002, Thatcher suffered a stroke, which caused her to retire from public life. She had suffered multiple strokes after the original one as well.


During a television interview, Thatcher declared, “I don’t think there will be a woman prime minister in my lifetime.” She won the prime minister position just six months later.

She got her nickname from the Soviet press following a speech in 1976 that declared “the Russians are bent on world dominance.”

Thatcher was born in 1925 in the English town of Grantham. She studied chemistry at Oxford and gave her first political speech at the age of 20. She won the election to be the leader of the Conservative Party in 1975. She became prime minister in 1979 when the party won the elections that year.


Thatcher stood tough on all of her views on foreign and domestic issues, saying, “To those waiting with bated breath for that favorite media catchphrase, the U-turn, I have only one thing to say: ‘You turn if you want to. The lady’s not for turning.'”

Thatcher resigned in 1990 in the midst of an internal struggle involving leadership in the Conservative Party.


She married Denis Thatcher in 1951 and had twins, Mark and Carol, in 1953. In 1959, she was elected to Parliament and served as the education secretary. In 1991, Thatcher was awarded the U.S. Medal of Freedom by President George H.W. Bush. When she left office, she was named the Baroness Thatcher of Kesteven.