Got a tip?
Home » Celebrity News » Roger Ebert Dies at 70 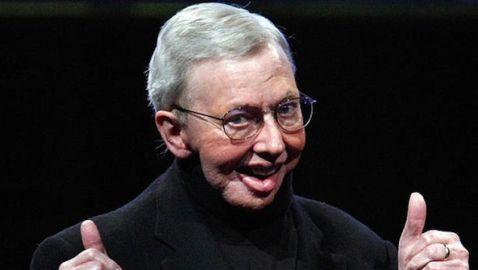 Roger Ebert, the famed film critic for the Chicago Sun-Times since 1967 died on Thursday at the age of 70 at the Rehabilitation Institute of Chicago.

“So on this day of reflection I say again, thank you for going on this journey with me. I’ll see you at the movies.” Ebert wrote Tuesday on his blog.


In his memoir called “Life Itself,” Ebert wrote, “I have seen untold numbers of movies and forgotten most of them, I hope, but I remember those worth remembering, and they are all on the same shelf in my mind.”

Ebert lost sections of his jaw and the ability to speak after cancer surgeries in 2006.

Steven Spielberg said Ebert “wrote with passion through a real knowledge of film and film history, and in doing so, helped many movies find their audiences. His death is virtually the end of an era, and now the balcony is closed forever.”


In an email Ebert wrote to The Associated Press in January of 2011, he said, “You play the cards you’re dealt. What’s your choice? I have no pain. I enjoy life, and why should I complain?”

Ebert won a Pulitzer in 1975 for distinguished criticism. It was just one of three awarded to a film reviewer since the category was created in 1970. He became the first critic to have a star on the Hollywood Walk of Fame in 2005.