Got a tip?
Home » Legal News » 3.9 Tons of Marijuana Found During Traffic Stop 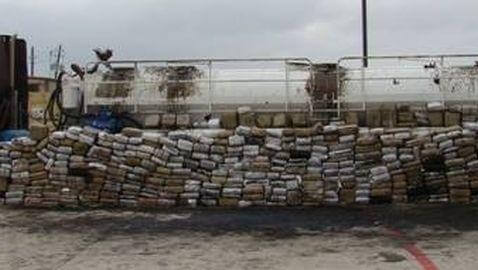 We have an incredible story out of Texas today for one of our legal news stories. A state trooper pulled a tanker truck over for a routine traffic stop earlier this week. The trooper really could not have known what he was going to find in the truck, but it should go down as one of the largest drug busts in history, according to The Independent.

Inside the tanker truck was 3.9 tons of marijuana. The marijuana has an estimated street value of $3.4 million. A trooper working in San Patricio County, Texas, discovered the marijuana concealed in the tanker on Tuesday of this week.


The truck was from 1999 and it was stopped by a Texas Department of Public Safety trooper for a routine cargo inspection. The tanker truck’s driver, 45-year-old Paul Anthony Simmons, was arrested for possession of marijuana and bail of $1 million was posted.

Simmons hails from Robstown, just outside of Corpus Christi.


This really has to be one of the most incredible drug busts in the history of the state. Let us know your thoughts in our comments section at the bottom of this page about the massive drug bust.