Got a tip?
Home » Law Students » University of Michigan Law School Staying the Course with Admissions 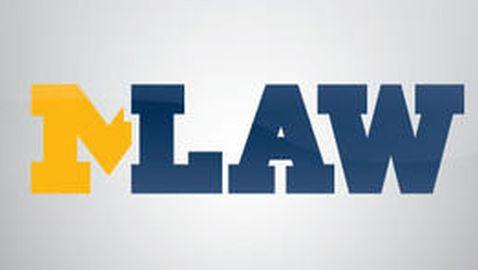 Over the past three years, applications to the University of Michigan Law School have declined, but the school is staying the course, according to Ann Arbor.com. Sarah Zearfoss, the law school admissions director, said that the school is not changing its admissions practices.

“We haven’t had difficulty in getting students jobs. We don’t feel that we have any need to cut the class size,” she said in an interview with the website.

Over the past 20 years, the average class size has been 360 students at the law school. Three years ago, the size was 376 students. The following year the class had 359 students. Last year, the class was 344 students strong.


“We make roughly the same number of offers every year,” Zearfoss said. “Last year was a slightly smaller yield, which was not our intent but not wholly unexpected by us.”

Class sizes are being cut at Northwestern University Law School because of declining application numbers.


“Northwestern has not faced the same level of decline (in applications) as other schools, nor have we suffered as greatly from the decline in legal positions as most other law schools,” Northwestern law school Dean Daniel B. Rodriguez wrote in an email sent to the website in March. “We are not immune, however. And we are not going to ignore the ways in which the legal economy affects our alumni, current students, and prospective students.”

The law school at Michigan is not going to do the same.

“If we were having trouble identifying enough people to make offers to that we thought are the caliber of students we want to see, we would make fewer offers. That’s not the case. We’re not having any difficulty,” Zearfoss said. She also noted that the law school is monitoring the trends as much as possible.

“The last few years in legal economy has been full of surprises,” she said. “We’re going to keep our eye on it.”

The school has reported that 95 percent of its law school graduates from 2011 are employed.