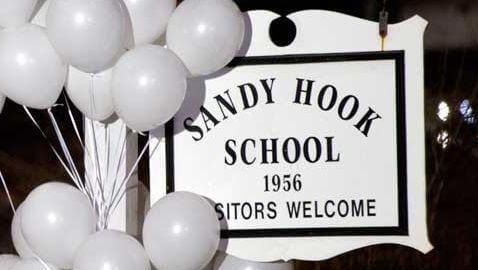 Search warrants were made public on Thursday regarding the arsenal of weapons and documents found at Adam Lanza’s home. Lanza was the shooter in the Sandy Hook Elementary School shooting back in December.

Stephen Sedensky, the Danbury State’s Attorney, released a statement Thursday morning regarding the shooting and what was found on Lanza and in his home. All of the victims at the school were killed with a Bushmaster .223-caliber rifle. Lanza shot himself with a Glock 10mm handgun, according to USA Today.

A search warrant says that as officers entered the school, “numerous school children and school personnel were located deceased from apparent gunshot wounds in the first three classrooms off the main hallway, adjacent to the school’s front entrance.”

Lanza was discovered with military clothing on and a bulletproof vest in a classroom, already deceased.Â  Lanza killed his mother, Nancy, with a .22-caliber rifle in her bed. The guns Lanza used were bought by Nancy. Sedensky said that there was no indication that Lanza tried to make a gun purchase prior to the shooting.


In Lanza’s Honda Civic, a loaded 12-gauge shotgun and 70 rounds of ammunition were discovered. Hundreds of rounds of ammunition and multiple knives were found at Lanza’s home. Authorities found information on local gun shops, books about Asperger’s syndrome and autism, and a National Rifle Association guide to shooting pistols.

A Bushmaster XM15 and C15 instruction manual were found in a bedroom closet along with a Glock handgun, shotgun and rifle manuals, more than 200 rounds of ammunition, two 20-round ammunition magazines, spent Glock shell casings, a nylon holster and a metal bayonet.

“There is no record of a member relationship between Newtown killer Adam Lanza, nor between Nancy Lanza, A. Lanza or N. Lanza with the National Rifle Association.”

Connecticut Gov. Dannel Malloy, said the search warrants “only add starker detail to what we already know. This is exactly why we need to ban high-capacity magazines and why we need to tighten our assault weapons ban,” Malloy said. “I don’t know what more we can need to know before we take decisive action to prevent gun violence. The time to act is now.”

The search warrant is courtesy of the Danbury Superior Court. 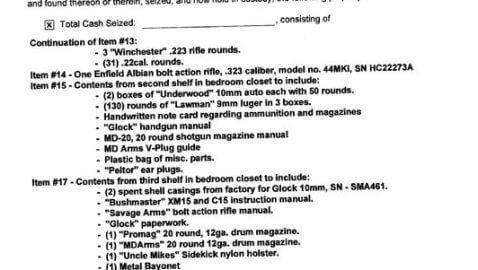