Got a tip?
Home » Breaking News » Medical Claim Costs to Increase by 32 Percent 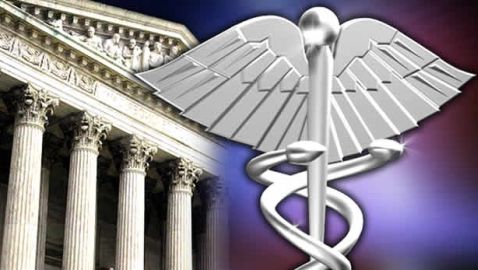 The Society of Actuaries said that insurance companies will be paying an average of 32 percent more for medical claims on individual health policies under the overhaul from President Barack Obama, according to The Associated Press.


Health and Human Services Secretary Kathleen Sebelius said the following at a White House briefing on Tuesday, “Some of these folks have very high catastrophic plans that don’t pay for anything unless you get hit by a bus. They’re really mortgage protection, not health insurance.”

A prominent national expert, recently retired Medicare chief actuary Rick Foster, said the report does “a credible job” of estimating potential enrollment and costs under the law, “without trying to tilt the answers in any particular direction.”

“Having said that,” retired Medicare chief actuary Rick Foster noted, “actuaries tend to be financially conservative, so the various assumptions might be more inclined to consider what might go wrong than to anticipate that everything will work beautifully.”


One of the actuaries who worked on the study, Kristi Bohn, said, “Claims cost is the most important driver of health care premiums. We don’t see ourselves as a political organization. We are trying to figure out what the situation at hand is.”

The law is going to cover more than 32 million uninsured Americans when it is completely operational, according to the report. New York and Massachusetts are two states that will witness double-digit declines in costs for claims in the market for individuals.


The report was reviewed by an insurance expert from the Kaiser Family Foundation, Larry Levitt, said, “I’d generally characterize it as providing useful background information, but I don’t think it’s complete enough to be treated as a projection.”