In his first public speech since resigning from his post as the director of the CIA, David Petraeus apologized for his extramarital affair, according to ABC News.

“Needless to say, I join you, keenly aware that I am regarded in a different light now than I was a year ago,” Petraeus said in his speech at the University of Southern California’s annual ROTC dinner at a hotel in Los Angeles.


“I am also keenly aware that the reason for my recent journey was my own doing. So please allow me to begin my remarks this evening by reiterating how deeply I regret — and apologize for — the circumstances that led to my resignation from the CIA and caused such pain for my family, friends and supporters,” Petraeus said.

Petraeus has been far from the public eye since the affair he had with writer Paula Broadwell came out in the news back in November.

“After being married for over 37 years, I showed extremely poor judgment by engaging in an extramarital affair,” Petraeus confessed in a letter to CIA staff.


Petraeus has been taking part in closed-door meetings in front of the House and Senate intelligence committees testifying about his knowledge of the September 11 attack at the U.S. Consulate in Benghazi.

“I know I can never fully assuage the pain that I inflicted on those closest to me and a number of others,” Petraeus said Tuesday. “As I close, I want to say thank you for words of encouragement to family. … This has been difficult episode for us … to fall as far as I did.”


Petraeus was received by the 600 guests with a standing ovation. The majority of his speaking time was spent talking about veterans and their families who face transition from military life to civilian life.

“In reality, the transition often is quite challenging. Hanging up the uniform is quite difficult,” he said. 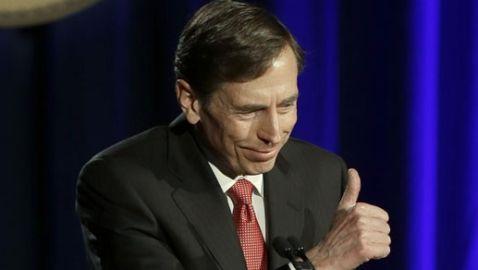