Got a tip?
Home » Home » Estate of Dewey Wants to Defeat Claims by Former Partners 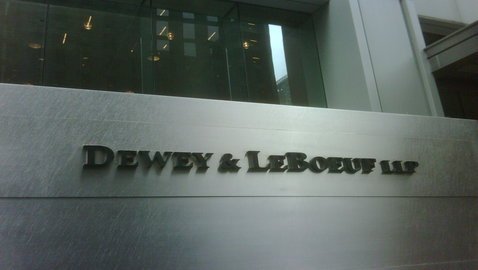 In a filing on Thursday, lawyers for the Dewey & LeBoeuf estate went after 18 former partners who refuse to contribute to a settlement plan, according to The Am Law Daily.

The filing describes the attempts of the former partners to reclaim money they are owed “nothing more than thinly veiled attempts to fabricate a defense to the estate’s impending clawback litigation against the Respondents.”


The firm’s lawyers continue to argue that claims for profit distributions, deferred compensation, unpaid capital and bonuses should have low priority and they cite the Dewey partnership agreement.

Eight former partners are looking for $4.46 million combined in unreturned capital contributions. Of this, a $1.8 million claim was filed by John Altorelli. Another claim of $591,840 was filed by William Marcoux. Both are working at DLA Piper now. One former partner, Bennett Murphy, said, “I look forward to prevailing in bankruptcy court.”

Both sides are supposed to make an appearance in front of U.S. Bankruptcy Judge Martin Glenn on March 28. Also scheduled to appear in court are other retired and former partners who have filed claims against the firm’s estate. Glenn signed and approved a Dewey liquidation plan roughly one month ago. The plan gave the go-ahead for creditors to begin getting repaid for the money they are owed.