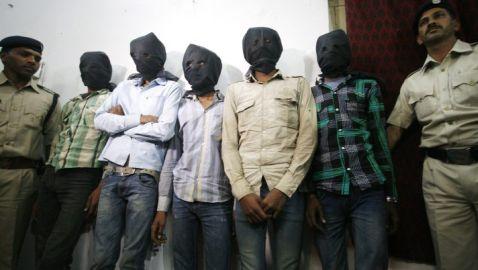 On Monday, the six men from India who were accused of raping a Swiss tourist appeared in court and charged with gang rape, according to The Associated Press. The woman was cycling with her husband when the attack occurred.

The hearing took place in the magistrate’s court in Madhya Pradesh state. All six men had black cloth covering their faces, according to police superintendent Chandra Shekhar Solanki said.


It was not immediately known how the men pleaded in court on Monday, but when they were arrested on Sunday, police said that they confessed to the crime. They also face charges stemming from the robbery of the couple.

The incident took place on Friday night when the couple was camping in a forest in Datia district. The couple informed police that the woman was raped by seven or eight men, but they could not determine the amount because it was dark at the time.

The husband was beaten by the men and was then tied to a tree prior to raping the woman. The cellphone, laptop and 10,000 rupees ($185) were all stolen from the couple. The laptop and the phone were recovered from one of the suspects.


The couple were vacationing for three months in India and had recently visited the temple town of Orchha. They had a cycling trip planned to Agra so they could visit the Taj Mahal. On Friday, they left Orchha and pitched a tent in the forest close to Jaita village when the attack occurred.