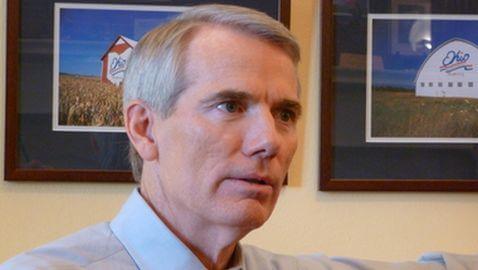 In an interesting turn Thursday, Republican U.S. Senator Rob Portman announced that he has changed his longtime view against same-sex marriage because his son, Will, is gay, according to The Plain Dealer.

Portman said that his son told him and his wife that he is gay and that “it was not a choice, it was who he is and that he had been that way since he could remember.”


“It allowed me to think of this issue from a new perspective, and that’s of a Dad who loves his son a lot and wants him to have the same opportunities that his brother and sister would have — to have a relationship like Jane and I have had for over 26 years,” Portman told reporters in an interview at his office.

“The overriding message of love and compassion that I take from the Bible, and certainly the Golden Rule, and the fact that I believe we are all created by our maker, that has all influenced me in terms of my change on this issue,” Portman said,. “In a way, this strengthens the institution of marriage.”

Portman originally backed the 1996 Defense of Marriage Act, but now said parts of the bill should be repealed. Portman noted that same-sex couples who marry legally in states that permit it should receive federal benefits granted to heterosexual married couples.


Portman said that if voters in Ohio should reconsider the gay marriage ban adopted in 2004, he might support it, depending on how it is worded.

“I believe in some respects that this is more generational than it is partisan,” said Portman.


Portman said that some of the factors related to the timing of the announcement were “getting comfortable with my position and wanting to do this before the politics of these court decisions make it more difficult to have an honest discussion.”