Got a tip?
Home » Celebrity News » Ed Asner Taken to Hospital in Middle of Show 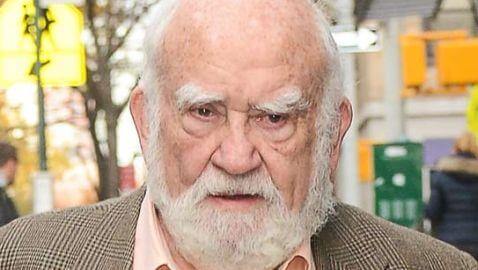 Ed Asner had to be taken by ambulance from the Marquette Pavilion in Gary, Indiana after he had trouble speaking, according to members of the audience per The Chicago Sun-Times. Asner is an award-winning actor and activist. He was performing “FDR,” a play about Franklin Delano Roosevelt.

The show was a one-man performance and Asner portrays the former president in it. The show began some 45 minutes late and the actor struggled with the delivery of his lines as soon as the show began. Not long after, crew members from backstage intervened, Asner spoke briefly and emergency personnel arrived. They took Asner from the stage just 15 minutes following the start of the show.


During an event hosted by MAS Media 7 and West Side Theater Guild artistic director Mark Spencer, Asner held an acting class at West Side Leadership Academy in Gary just hours prior to his show. Asner is 83 and is best known for his work on “The Mary Tyler Moore Show” and the spinoff “Lou Grant.”

One of the audience members was Lake County Surveyor George Van Til. Van Til noted that Asner appeared to be frustrated and confused while on stage. He said that Asner was conscious when he left the stage, but had not been speaking clearly. Asner did apologize to the crowd and promised he would return when he could do so.