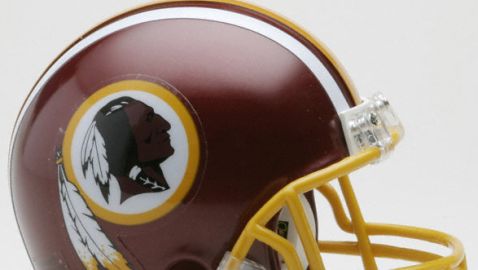 On Thursday, the Trademark Trial and Appeal Board, a portion of the U.S. Patent Office, heard a case regarding the trademark of the Washington Redskins name, according to NPR. The case involves a group of Native Americans who do not want the team to trademark the name because they believe it is offensive.

The plaintiffs, of which there are five, have to prove that “the name ‘Washington Redskins’ was disparaging to a significant population of American Indians back when the team was granted the trademarks from 1967 to 1990,” according to The Associated Press.


The president of the advocacy group the Morning Star Institute, Suzan Shown Harjo, organized the case for young Native Americans. The age of the plaintiffs is very important in this case. In 2003, the board overturned a ruling that originally stripped the team’s trademark of the name Redskins. The reason for the ruling being overturned was because the plaintiffs waited too long after coming of age to file the complaint.

At a symposium last month, Harjo told the audience, “two-thirds of team names with Native references have been changed since 1970, with less than 1,000 remaining.”

Judge Peter Cataldo, of the Trademark panel, said the following on Thursday, “the team could have called itself the ‘Washington N-word’ with nothing but honorable intentions and still be subject to scrutiny.”


Harjo spoke to CBS DC about the case and she said, “The motive is to force Redskins owner Dan Snyder into a change by weakening him financially. Redskins lawyer Robert Raskopf said during the previous case that the team would suffer ‘every imaginable loss you can think of’ if it no longer had the exclusive marketing rights to its name.”

It is not known when a ruling will be issued by the board, but many think it will be months until a decision is announced. The Washington Post reported that a ruling might have a limited effect “because trademark officials do not have the authority to halt the sale of goods containing Redskins images or logos, nor can they order the team to pay damages to the petitioners.”