Got a tip?
Home » Celebrity News » Lindsay Lohan Does Not Want Charlie Sheen as a Mentor 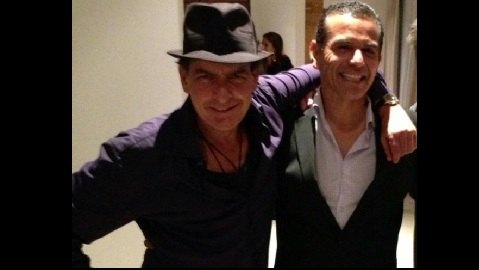 According to TMZ, Charlie Sheen wants to mentor Lindsay Lohan because he thinks he has the credentials to get the job done.

“I have a kinship with somebody [Lindsay] who clearly needs a mentor, whether she wants one or not. She can continue to hang out with her dress shredding club buddies, or turn to me for some advice from a guy who’s been down the road as well as every other side trail on the journey. If she listens, she’ll win. If she doesn’t, that’s on her.”


The two became friends when they worked on “Scary Movie 5” together. This is when Sheen wrote Lohan a check for $100,000 so she could pay some of her taxes. Now, Lohan is appearing in an episode of “Anger Management.”

“I love her, I respect her, and I’ve never laid a finger on her that wasn’t on film. How ya like me now, America?”

Lohan has rejected the offer of Sheen to become her mentor, saying that he just needs to shut up. Sources close to Lohan said that she is grateful for the help Sheen has offered and that he has done a lot for her, but that she would not take him on as a mentor. She noted that her life is “out of control,” but doesn’t think the idea of “It takes one to know one,” is the best way to tackle the issue.