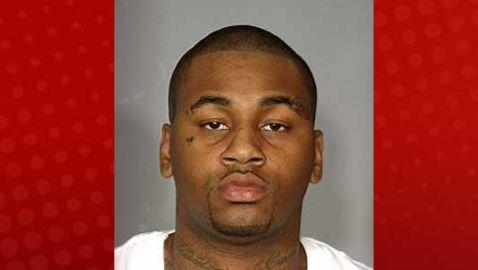 Ammar Harris, the man charged with a shooting and fiery crash on the Las Vegas Strip, was scheduled to appear in Los Angeles Superior Court on Monday for an extradition hearing, according to the Associated Press. Harris is a self-described pimp and was arrested this past week in Los Angeles. A manhunt lasted one week for Harris, who was involved in the incident on February 21. The shooting and crash killed three people and injured five more.

According to police, Harris was driving a Range Rover SUV when he fired five shots at a Maserati sports car. He killed Wayne Cherry Jr., a rapper who called himself Kenny Clutch. Police said that the two got into an argument at a casino valet area just minutes prior to the shooting.


After Cherry was shot, his vehicle careened into a taxi that exploded at Las Vegas Boulevard and Flamingo Road. The driver of the taxi and the passenger in the car were both killed. A passenger in the Maserati was shot in the arm. Four people in four other cars were hurt, none of them seriously, in chain-reaction crashes. In the SUV with Harris were three women. The strip was closed for 15 hours as an investigation took place.

The SUV in question was discovered at an apartment complex close to the scene of the shooting two days after it occurred. An arrest warrant was issued for Harris for murder, attempted muder and shooting charges. He was arrested at an apartment complex in the Los Angeles Studio City area. This occurred just hours after the third and final woman who was with Harris in the car was found by police.

Harris is a convicted felon in the state of South Carolina and talks about a lifestyle he has with prostitutes in both Las Vegas and Miami. He posts pictures of himself online with hands full of money.