Got a tip?
Home » Law Students » UCI Law Dean to be Pryke Chair in First Amendment Law at the School 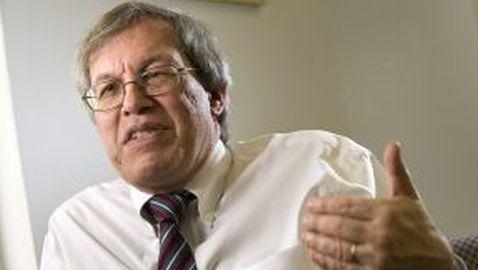 On Tuesday, UC Irvine’s law school announced that the head of the school will be working as the newly created chair of the school’s teaching and research on First Amendment law, according to The Orange County Register.

Dean Erwin Chemerinsky will be the first Pryke Chair in First Amendment Law. This is the very first endowed chair amongst the five law schools at the University of California.


“There was a desire to fill the chair quickly, and I was the person on the faculty who fit best,” Chemerinsky said.

Chemerinsky noted that his daily duties will not change and that he will still teach First Amendment law courses. He will also work on starting a First Amendment think tank at the school in order to attract other scholars.

He also wants to have a First Amendment conference at the campus annually. The second conference of its kind will be held on March 18. The lecture will be given by Los Angeles lawyer Kelli Sager. Sager is a First Amendment expert with a focus on media and entertainment litigation.


UCI said that none of the remaining four law schools have an endowed First Amendment chair. The school also said that there are just six law schools across the country that have such a chair.

The dean also said that he is going to step down from his endowed position as a Donald Bren chair, which will permit the school to hire a new professor.


“The Bren chairs are crucial in our recruiting,” Chemerinsky said. “We can use them to recruit senior stars in any field.”

Flores, Tawney & Acosta PC is seeking a new to 4-year attorney to join its growing plaintiff’s...

Seeking a full time legal secretary in a small firm located at the Jersey Shore. Prior law firm expe...