Got a tip?
Home » Legal News » FBI Agents are Disciplined for “a Rash of Sexting,” and Worse 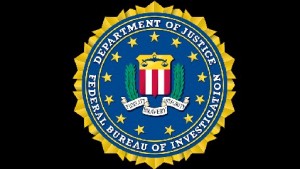 Considering how circumspect the FBI is known for being, you’d think their employees would be on their best behavior. After all, their motto is “fidelity, bravery, integrity.” Nevertheless, a recent quarterly report put out by the FBI lists some appalling breaches of duty, ranging from paying for sex in a massage parlor, to dating a drug-dealer, to sending naked photos to coworkers–as revealed by CNN.

“We’re hoping [that] getting the message out in the quarterlies is going to teach people, as well as their supervisors … you can’t do this stuff,” said FBI assistant director Candice Will to CNN.

“When you are given an FBI BlackBerry, it’s for official use. It’s not to text the woman in another office who you found attractive or to send a picture of yourself in a state of undress. That is not why we provide you an FBI BlackBerry.”

The quarterly report does not list names, just the misdeeds of some of the employees — like controlled gossip — to serve as a wake up call to all employees that they are being watched.

The FBI is trying to suppress a “rash of sexting” among the employees, and punishments can range from 5 to 10 days suspension without pay. One female officer emailed a “nude photograph of herself to her ex-boyfriend’s wife,” while another one “used [a] personal cell phone to send nude photographs of herself to other employees,” and thereby “adversely affected the daily activities of several squads” But there are more serious charges in the mix. One agent put a recording device in his boss’s office and rifled through his brief case looking for negative comments made against him. One was involved in child pornography.


“As long as I’ve been doing this … there are days when I think ‘OK, I’ve seen it all,'” said Will, “but I really haven’t. I still get files and think, ‘Wow, I never would have thought of that.'”

Nevertheless the FBI Agents Association’s president, Konrad Motyka says “It is important to note that the ration of disciplinary issues among FBI agents are among the lowest in the federal government and private sector.”