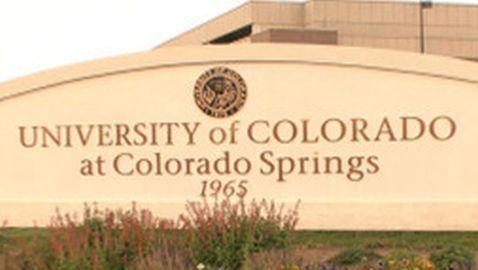 The University of Colorado at Colorado Springs posted a list of 10 tips that women can use to deter a potential rapist, according to CNN. They have been billed as a ‘last resort’ to preventing a rape. Some of the tips include the following:

“Tell your attacker that you have a disease or are menstruating.”


“Vomiting or urinating may also convince the attacker to leave you alone.”

As of Tuesday night, the list was taken down and an apology was posted in its place.

According to CNN, some women on campus were confused by the list.


“Tell your attacker you have a disease or menstruating? I don’t understand how that will keep someone from attacking you,” student Leah McFann said.

A university spokesman, Tom Hutton, said the list was taken out of context. “It was part of supplemental information intended for women who had completed a self-defense class on campus,” Hutton told KRDO, a CNN affiliate.


According to Hutton, the list was originally created in 2006. He said that it might have resurfaced due to the issue of rape recently on campus. Legislation was debated last week by Colorado lawmakers that firearms should be banned in college campus buildings. The debate made the news when Democratic State Representative Joe Salazar issued the following statement: