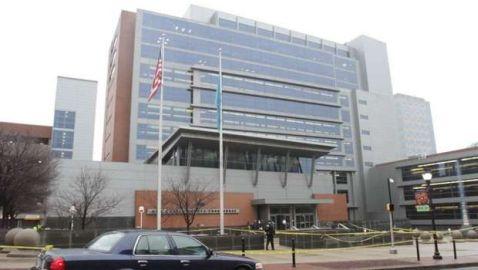 A gunman opened fire in the lobby of the New Castle County courthouse on Monday morning, killing two women and injuring two officers, according to the state police. The shooter was also killed during the incident. Law enforcement sources have said that the shooter is the former father-in-law of one of the women killed this morning.

The gunman entered the lobby around 8 a.m. and opened fire, prompting Capitol Police to return fire. The officers injured were both shot in the chest and are said to be doing well because of their bulletproof vests. The officers were treated and released, according to Delaware Capitol Police Chief William H. Jopp.


The gunman was identified as Thomas Matusiewicz, 68, who is the father of David T. Matusiewicz. The son is a former optometrist who has a criminal record and spent time in prison for bank fraud and kidnapping his three daughters in 2007.

David was in the process of a custody battle with his ex-wife, Christine Belford, who has been identified as one of the women killed. The other woman has yet to be identified. It is still not known how the gunman died in the incident.


Vice President Joe Biden was at a roundtable to talk about gun violence in Philadelphia and is a resident of the state of Delaware. Also in attendance was Wilmington Police Chief Christine Dunning.

ŌĆ£Gun violence unfortunately is almost a daily event in the city of Wilmington. I thought it was important to be here today to participate in this roundtable. We agree with a lot of the vice presidentŌĆÖs initiatives,ŌĆØ Dunning said.


A public defender, Ferris Wharton, said that an employee from his office said he saw a woman dead in the lobby of the courthouse this morning. That same employee also saw bullet holes in the window next to the revolving door that is next to the parking garage.

Multiple witnesses and other employees inside the courthouse during the shooting said that they heard at least five shots fired during the incident.