Got a tip?
Home » Breaking News » New Encryption Software Available to the Public, So Private it Might Upset the FBI 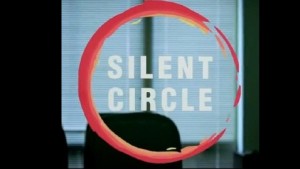 A revolutionary new encryption software is due to hit the market on February 8th. Silent Circle is releasing a new Silent Text app that its makers claim will “revolutionize privacy and security.” They claim that it will give great benefits for human rights activists worldwide, but the FBI might try to shoot it down.

In the interests of freedom, Silent Circle will have no backdoors for the FBI to snoop on any sending encrypted files. A minimum of information about the subscribed users is kept: no metadata such as the times and dates of calls is recorded, and IP logs are flushed every seven days.

Once a file is sent, it is broken into thousands of pieces and stored for a time in the “Secure Cloud Broker,” and then sent to the recipient. Silent Circle themselves can’t access the file, as the encryption key is on the users’ device and then is deleted after it has been used to open the file. Files can also be “burned,” meaning deleted, off either device after a certain number of minutes.


The service will cost $20 a month and will soon be available in apps stores, first for iPads and iPhones and later for Android devices. It will be able to encrypt files up to 60 megabytes — videos, recordings, documents, pictures.

The designers include a crack team of heavy hitters, including Phil Zimmermann, who created PGP encryption, a standard for email security; Jon Callas, who made Apple’s whole-disk encryption, which secures hard drives on Macs; and Vincent Moscaritolo, a cryptographic engineer for apple.

Since the FBI won’t have a backdoor, this will allow not only freedom fighters around the world to expose the abuses of their government, and so forth, but also encourage some criminal activity. CEO Mike Janke thinks the abuse is far outweighed by the benefit, who says “We feel that every citizen has a right to communicate, the right to send data without the fear of being grabbed out of the air and used by criminals, stored by governments, and aggregated by companies that sell it.”


“The advantages are far outweighing the small ‘one percent’ bad-intent user cases,” he says, as reported by Slate magazine. “When you try to introduce backdoor technology, you create a major weakness that can be exploited by foreign governments, hackers, and criminal elements.”‘

If the FBI does give them trouble, they are prepared to move to a jurisdiction that gives them more leeway.