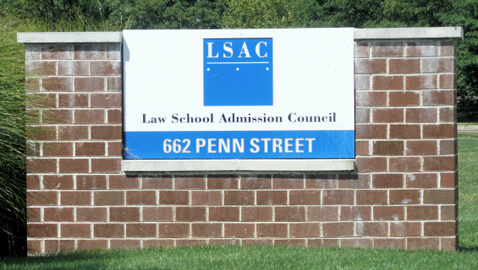 The Law School Admission Council released research data that shows aspiring lawyers enjoy their family wealth more, are more self-confident, and a more likely to have a parent who is a lawyer, according to The National Law Journal.

The name of the study is Behind the Data: Comparing Law School Applicants To All College Freshman. It took into account the demographic, socioeconomic, and other characteristics of applicants to law schools.


“This report illuminates how students’ backgrounds, experiences, and goals may affect their decision to apply to law school and their ultimate success in applying and being admitted to law school,” LSAC researchers Ann Gallagher and Phil Handwerk wrote.

They discovered that performance on standardized tests, high school grades, and socioeconomic status all play a part in whether or not college freshmen show any interest in attending law school.

The researchers used data from The Freshman Survey, which is conducted by the University of California at Los Angeles’ Cooperative Institutional Research Program. It is given to freshmen at over 1,500 institutions across the country each year. Data from over 40,000 freshmen who also wound up applying to law school from 2006 to 2009 was analyzed.


Fifty percent of freshmen who attended law school said that their families would be willing to pay $10,000 or more for their undergraduate bill, compared to just 31 percent of all college freshmen. In the same group, 41 percent noted that their father has a graduate degree and 28 percent said their mother has one. These numbers are compared to 23 percent and 18 percent for all college freshmen who responded.

The report also discussed race and socioeconomic standing. The researchers wrote the following: “For Black or African American applicants, the median estimate of parents’ income was approximately $50,000, whereas for Caucasian/White students, the median was closer to $100,000.” It was also found that future Asian and white law school applicants seemed to have parents with higher levels of education compared to black and Hispanic peers.