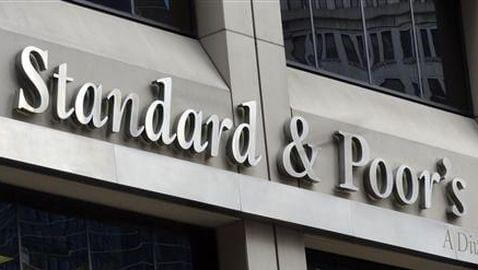 According to a report in Reuters, Standard & Poor’s has said that it expects to be involved in a U.S. Department of Justice civil lawsuit because of its mortgage bond ratings. The announcement of the lawsuit is expected sometime on Tuesday.

“This lawsuit is significant because it could augur future government action or, even worse for the agencies, more litigation by investors,” said Jeffrey Manns, a law professor at George Washington University in Washington, D.C.


The government was seeking a $1 billion settlement with S&P, but talks between the two parties broke down sometime last week, according to The New York Times. The company noted that the lawsuit from the Justice Department will be centered around the ratings in 2007 of multiple U.S. collateralized debt obligations.

A probe was done by the U.S. Securities and Exchange Commission probed a rating for a $1.6 billion CDO called Delphinus CDO 2007-1. It is not known if this CDO will be the subject of the lawsuit.

“A DOJ lawsuit would be entirely without factual or legal merit,” S&P said in a statement. “The DOJ would be wrong in contending that S&P ratings were motivated by commercial considerations and not issued in good faith.”


A spokesperson for Fitch, which could also be named in the lawsuit, Daniel Noonan said, “We are unable to comment on the S&P matter as it does not involve us, other than to say we have no reason to believe Fitch is a target of any such action.”

The case is going to feature multiple state attorneys general, including George Jepsen of Connecticut. S&P has be accused of violating consumer fraud laws in lawsuits filed by Connecticut and Illinois.


The agencies were described as “essential cogs in the wheel of financial destruction” and “key enablers of the financial meltdown,” by the Financial Crisis Inquiry Commission in January of 2011.

In July, McGraw-Hill noted that the Justice Department and the SEC were investigating potential violations made by S&P related to its ratings of structured products. McGraw-Hill also noted that it was involved in discussions to avoid a lawsuit.

In the statement, S&P noted that it “deeply regrets” how its ratings of CDOs failed to anticipate the declining mortgage conditions in the country.

“The lawsuit itself may prove less significant than the message it sends,” said Manns, the law professor. “Filing a high-profile lawsuit against S&P tells the rating industry at large that the government is serious about holding rating agencies responsible, and that they must be much more careful.”