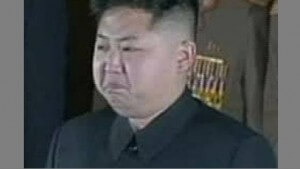 Grisly reports have been coming out of North Korea about responses to the “hidden famine” in the farming provinces of North and South Hwanghae: in one instance, a starving man is reported to have killed his two children for food. There have been a chilling number of comparable stories.

The famine is believed to have killed up to 10,000 people, and while Kim Jong Un is ordering money to be spent on nuclear research to attack the United States of American, capital city Pyongyang is confiscating food from starving farmers.

North Korea is clandestine and does not report such things. News of them comes from a Japanese based newspaper, the Asia Press, which has a network of citizen journalists in North Korea. The Time in Australia later picked it up.


“Asia Press, a specialist news agency based in Osaka, Japan, has a network of ‘citizen journalists’ inside North Korea and is regarded as credible,” said The Times.

In the incident with the man who killed his two children, it is said he killed his eldest daughter while his wife was on business, and killed his son who was a witness. When she returned, he offered her “meat” but she was suspicious. She contacted officials who uncovered the children’s remains. The man was subsequently executed.

There is also a report of a man who dug up his buried grandchild to eat the corpse, and similar cannibalistic themed stories.