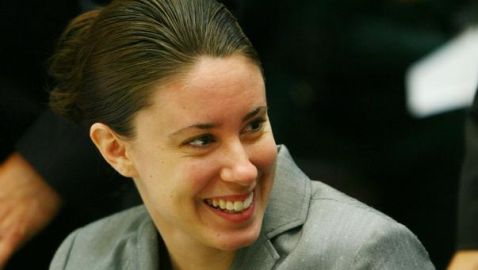 Two years ago, Casey Anthony was acquitted in the murder trial of her daughter Caylee, but she was convicted on four counts of lying to authorities. Two of those convictions were thrown out by a court in Friday, according to CNN. Anthony, 26, has now filed for bankruptcy, naming close to $800,000 in liabilities.

Not long after the ruling from the appeals court, Anthony filed for Chapter 7 bankruptcy protection in a federal court in Tampa. According to the court documents, Anthony claims that she owes over $800,000 to close to 80 creditors and that she does not have an income.


Anthony is also the center of multiple civil lawsuits, including one filed by Zenaida Fernandez-Gonzalez, who says that Anthony ruined her reputation. Anthony told police back in 2008 that she last saw her daughter at Gonzalez’s apartment. The attorney for Gonzalez, Matt Morgan, spoke with CNN. He said that he thinks Anthony is trying to postpone the lawsuit by filing for bankruptcy.

“This most recent filing appears to be yet another calculated delay tactic,” Morgan said. “We are not deterred and will stay the course.”

Andy Chmelir, one of Anthony’s attorneys, said, “To some extent she feels, she feels bad that she’s having to have all these legal services provided to her and she is unable to compensate anyone. So she wants closure more than anything else.”


Central Florida News 13, an affiliate of CNN, obtained the bankruptcy documents. Anthony listed $1,000 in personal property, which include the following:

People who have claims filed against Anthony are also listed in the documents. They include the following:

The court that threw out two of the convictions against Anthony was the Florida 5th District Court of Appeals. The judges on the appeals panel agreed with Anthony, who said that multiple convictions amounted to double jeopardy. The remaining two convictions were upheld by the panel of judges.

Anthony can now appeal the two convictions remaining against her with the Florida Supreme Court.