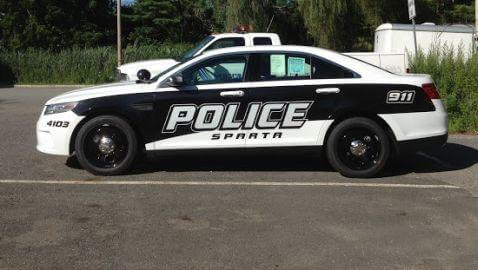 According to police officers in Sparta, New Jersey, a drunken and confused woman crashed her vehicle into the stone retaining wall of a home early on Friday morning. What makes this story so interesting is that the woman was almost entirely naked when the crime was committed.

Police were called by a resident of Grove Terrace, which is located in the Lake Mohawk area of the township, around 12:53 a.m. The caller told 911 dispatchers that a white Volkswagen Jetta crashed into a stone retaining wall and then left the scene of the accident, according to Sgt. John-Paul Beebe.


The vehicle was found by Officer Joseph Pensado, who performed a traffic stop on West Shore Trail. Pensado discovered that the driver of the vehicle, Catherine Giaquinto, was simply dressed in an unzipped jacket. Giaquinto is from Warwick, New York.

Giaquinto was asked by Pensado why she was driving naked. Beebe said, “Giaquinto denied being completely naked.” Beebe also noted that there was damage to the vehicle’s left-front fender, driver-side door, and rear-left door.

Pensado said that Giaquinto’s speech was slurred and unintelligible. Pensado also noted that Giaquinto could not remember being involved in an accident and that she did not have any idea where she was headed.


Beebe noted that Pensado found a dress and other items of clothing in the back seat and told Giaquinto to get dressed. He said that it took her 10 minutes to get dressed. When she was finally dressed, she had put her dress on inside-out. Beebe said that Giaquinto could not stay balanced enough to listen to instructions for the roadside DWI test.

Giaquinto was arrested and then charged with refusal to submit to breath testing, driving while intoxicated, careless driving, leaving the scene of an accident, and the failure to wear a seatbelt. Giaquinto was also charged with an alleged documentation violation. The vehicle was impounded and Giaquinto was released a couple of hours later.