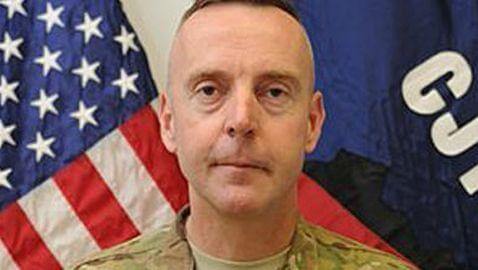 On Tuesday, Brig. Gen. Jeffrey Sinclair deferred entering a plea in his case that has him facing sexual misconduct charges, according to The Associated Press. Sinclair served five combat tours in Afghanistan and Iraq and will head to trial.

His arraignment was at Fort Bragg on Tuesday where he had the chance to enter a plea. He declined to enter a plea and the defense filed a motion to disqualify prosecutors because of emails that were sent to them mistakenly.


The charges against Sinclair include wrongful sexual conduct, forcible sodomy, adultery, and violating orders. Sinclair is a 27-year veteran of the Army and faces life in prison if he is convicted on the serious offenses.

In recent years, 10 of the 18 generals and admirals, one to four stars, have been fired from their posts due to sex-related offenses.

Sinclair’s evidentiary hearing in November involved the presentation of testimony about his conducted with five women who were not his wife. Some of the women were officers under his command. His misconduct occurred in Iraq, Afghanistan, Germany and at bases in the United States.


Prior to being relieved of his duties in May, Sinclair served as the deputy commander in charge of logistics and support for the 82nd Airborne Division in Afghanistan. Sinclair has been working on special assignment since then at Fort Bragg.

The person at the center of the case is a female captain who had a sexual relationship with Sinclair for three years. He is married with three children. Under military law, adultery is a crime and admitting it could end the woman’s career.


The woman told the court during the evidentiary hearing that she tried to end the affair multiple times, but Sinclair threatened to kill her and her family if she spoke of the affair. The two would have sex in hotels, headquarters and war zones. She did admit that she wanted to have sex with Sinclair, but twice he exposed himself and forced her to perform oral sex while she cried.

Two other female officers testified that they sent Sinclair nude photos after he asked for them. He has also been accused of having alcohol in a war zone and disobeying orders. After she reported the affair to Maj. Gen. James Huggins, Sinclair was ordered to end it. It has been reported that Sinclair willingly disobeyed the order from Huggins.

Sinclair’s wife, Rebecca Sinclair, told the Associated Press that he told her of the affair and allegations and that they were trying to fix the relationship.