Got a tip?
Home » Weird News » Priest Dressed as Woman and Had Sex in Rectory 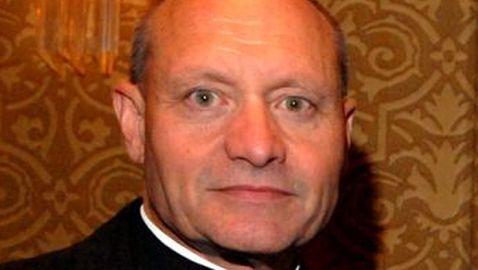 A Catholic priest who was busted for reportedly dealing crystal meth has been suspended after church officials found out that he was a cross-dresser who had sex in the rectory at St. Augustine Cathedral in Bridgeport, Connecticut, according to the CT Post.

In May, Monsignor Kevin Wallin was relieved of his duties, but the Catholic Diocese of Bridgeport continued to pay him a stipend until he was arrested on January 3. Wallin was selling close to $9,000 of meth per week, according to the indictment.


Following his removal from priesthood, Wallin purchased an adult specialty and video store in North Haven named Land of Oz. The store sells X-rated DVDs and sex toys. Police believe that the store helped him launder thousands of dollars each week in profits.

“There is an evil invading our world and it has come to our church,” St. Augustine parishioner Maria Spencer-Fonseca, said. “This was a work of evil — and I am praying for the monsignor.”

A member of the Church of St. Peter in Danbury, Therese Ruppert, said, “I can’t fathom it,” Wallin was a pastor there from 1996 to 2002. “He was so spiritual. His sermons were wonderful. He had such knowledge of theology.”


Wallin has been charged with possession with intent to distribute and distribution of methamphetamine. He is being represented by a public defender and has been held without bond pending an arraignment next week.

“We had no indication he had a drug problem and never had complaints regarding him and drugs,” said Diocese Spokesman Brian Wallace.


Wallace noted that the diocese became concerned in 2011 when they received complaints from parishioners who reported on Wallin’s erratic behavior and appearance.

“We approached him and he admitted he was struggling a bit and shortly after that he resigned (July 2011) and the bishop granted him a sabbatical,” Wallace said.

Wallin was sent for a health assessment, but did not appear for follow-up exams and dropped out of sight multiple times. This is when Wallin was suspended, according to Wallace. As the pastor of St. Augustine’s, sources claim that Wallin disappeared days at a time and also dressed as a woman and entertained odd-looking men. The men were also dressed as women and engaged in sex acts. Sex toys were also found by diocese officials in Wallin’s residence.