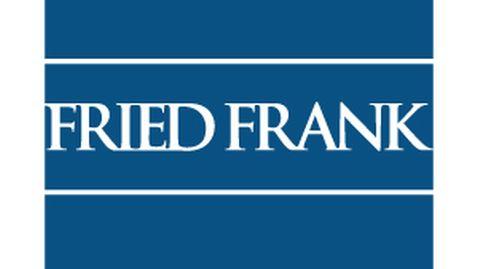 On Tuesday, a former employee of Fried, Frank, Harris, Shriver & Jacobson was accused of stealing over $376,000 of copy machine ink from the law firm over a span of two years, according to The Am Law Daily. The employee was accused by the Manhattan district attorney’s office.

“It may surprise many New Yorkers to learn that there is a black market for office supplies,” Manhattan District Attorney Cyrus Vance announced in a statement. The indictment is of Adrian Rodriguez, who has been charged with two counts of second-degree larceny.


The investigation by the district attorney’s office is still ongoing and it claims that Rodriguez used his job in the firm’s duplication department to order more toner than what the firm needed from multiple vendors. Rodriguez then sold the toner for $10 per box of black ink and $15 per box of color ink. The press release that announced the indictment said that Rodriguez’s crimes occurred from October of 2010 to December of 2012. He worked at the firm for close to a decade.

In a bit of other legal news, prosecutors in Chicago announced a second indictment against David Tresch, a former Mayer Brown chief information officer. Tresch has been accused of taking part in a scheme that bilked the firm of close to $5 million. Tresch was charged with one count of mail fraud back in August for defrauding the firm of at least $850,000. He used fake invoices for work that took place by an unidentified vendor.

On Friday, the U.S. Attorney’s Office in Chicago indicted Nicholas Demars, from defunct contracting firm NS Mater on 10 counts of mail fraud. Tresch was also indicted on 10 counts of mail fraud. Both men took home close to $4.8 million from the scam that started when Tresch received kickbacks for work that NS Mater performed. Tresch then continued to make money when he invoiced fake bills of work never completed by the vendor.


A spokesman for Mayer Brown said in a statement that the firm fired Tresch in June after an internal investigation and sent the issue to the U.S. Attorney’s Office for the Northern District of Illinois. The statement said that they are continuing to cooperate with the investigation. The scam reportedly took place in 2004 and ended by the time the year came to a close.

The prosecutors on the case are working to recover the $4,819,253 that the men reportedly stole from the firm. The prosecutors are asking trying to gain the forfeiture of their homes.