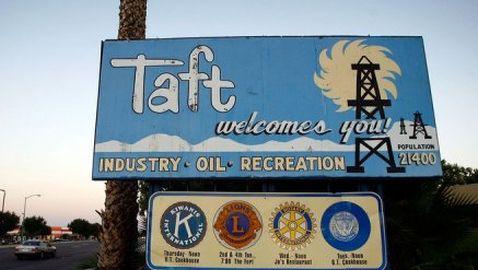 On Thursday, a shooting occurred at Taft Union High School in California. The shooter, a 16-year-old, shot a classmate and fired two rounds at students fleeing science class. The student then came face-to-face with teacher Ryan Heber, according to the Associated Press.

“I don’t want to shoot you,” he told the teacher. Heber was trying to talk the student into handing over the shotgun. Kern County Sheriff Donny Youngblood said that the discussion with Heber provided the rest of the class enough time to flee the room.

“Just 10 minutes before it happened our teachers were giving us protocol because of what happened in Connecticut,” said student Oscar Nuno. Nuno noted that someone came onto the PA system to say the school was locked down “and it was not a drill.”

The victim is in critical but stable condition at Kern County Hospital. He is expected to undergo surgery on Friday. Heber was able to apprehend the shotgun from the student along with campus supervisor Kim Lee Fields. The pockets of the shooter were filled with ammunition.


“This teacher and this counselor stood there face-to-face not knowing if he was going to shoot them,” Youngblood said. “They probably expected the worst and hoped for the best, but they gave the students a chance to escape.”

Heber is a graduate of the school and was injured in the shooting, but he did not realize it. Heber’s forehead had been grazed by a pellet.


“He’s the nicest teacher I know,” Nuno said. “He loves his students and he always wants to help.”

The town of Taft has just 9,400 residents and is located 120 miles northwest of Los Angeles.

“We know each other here,” said former mayor Dave Noerr. “We drive pickups and work hard and hunt and fish. This is a grassroots town. This is the last place you’d think something like this would happen.”

The name of the shooter is not being released because he is a minor, but everyone in the town knows who it is. He claims he had been bullied by the victim for the past year, but Youngblood said that claim was still under investigation.

Trish Montes was the shooter’s neighbor, who said her son tutored. “All I ever heard about him was good things from my son,” Montes said. “He wasn’t Mr. Popularity, but he was a smart kid. It’s a shame. My kid said he was like a genius.”

Youngblood said that the shooting was planned on Wednesday night and the gun is believed to belong to his older brother. Two students were the focal point of the plot.

“He planned the event,” Youngblood said. “Certainly he believed that the two people he targeted had bullied him, in his mind. Whether that occurred or not we don’t know yet.”

Youngblood talked about the actions of Heber and other staff members, saying, “The heroics of these two people goes without saying. … They could have just as easily … tried to get out of the classroom and left students, and they didn’t. They knew not to let him leave the classroom with that shotgun.”

The suspect is going to be charged with attempted murder and the District Attorney is going to decide if he will be charged as an adult, according to Youngblood.