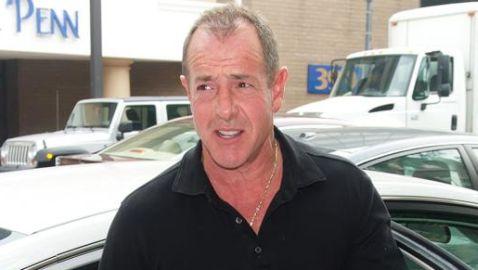 Dina Lohan, Lindsay Lohan’s mom, has made claims that her ex, Michael Lohan, raped her on Valentine’s Day over 20 years ago. A cease-and-desist letter was sent to Dina by Michael that calls her claims ‘defamatory’ and also threatened legal action if she continues, according to the New York Daily News.

Michael has also accused Dina of pestering him with a barrage of text messages since the Daily News published her allegations in a story on the front page Monday.


“She keeps harassing me with texts asking for money,” Lohan told The News on Wednesday. “It’s like she’s extorting me or she will keep lying in the press.”

Dina told The News that Michael punched her in the face during an argument in 1986 that caused her to suffer a black eye. She also claimed that she was raped by him on Valentine’s Day in 1990 at her parents’ house after declining to get back together with him.

Dina then went on to say that the domestic abuse against her helped form ‘the root’ of Lindsay’s public problems.


“Lindsay saw her dad abuse me – that’s why she’s so screwed up,” Dina told The News.

Dina even provided The News with medical records from both incidents and a photo that showed her with a bruise on her face as Lindsay sat in her lap as a baby.


Michael has denied the allegations immensely, saying that he hit Dina to protect himself after she hit him with an ice tray. Dina said that Michael hit her in the face with a closed fist while driving home drunk from a date.

“We had one argument once. I came in at 2 o’clock in the morning after being out with some friends. I walked in and she hit me with an ice tray. With the back of my hand I slapped her in the face,” he said. He said that the slap was something he regretted as soon as it happened.

When it comes to the rape allegation, The News was told by Dina that she was at her parents’ home when Michael arrived in a limo, asking her to get back together with him.

“He said, ‘I love you and I want to be with you,’ but then it went dark. It went dark really quick,” she claimed. She then went on to say that she was raped by him as the kids were asleep. “I just knew I had to stay quiet – I don’t want to wake them,” she said.

Medical records from Nassau County Hospital show that Dina went to the ER and reported a rape. The police were called along with a coalition for abused women. Dina did not press charges in the case.

Michael said that he was invited to Dina’s parents’ home that night and she was leading in the intercourse that night. Michael said he was dating someone else at the time and Dina claimed rape after calling him afterwards and heard the other woman.

“I went over to her parents’ house and made love to her. When I left and she called me, she found out I was with (the girlfriend) and called police. Then she called me the next day crying. I said, ‘Let’s work this out.’ And I got back with Dina. There were no charges,” he told The News.