Got a tip?
Home » Weird News » Sandy Hook Copycat Will Not Face Charges in L.A. 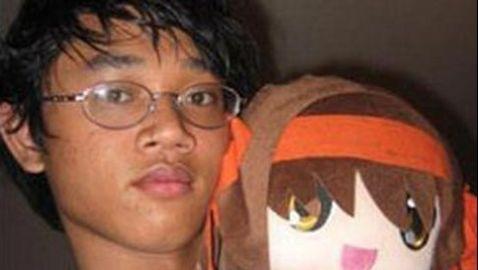 No charges will be filed by Los Angeles County prosecutors against 24-year-old Kyle Bangayan, a student at Cal Poly Pomona, who reportedly posted violent threats on social media websites against local schools, according to the Inland Valley Daily Bulletin, TMZ and The Associated Press.

Bangayan was arrested at the home of his parents in Hollywood, where police officers confiscated nine firearms. There were handguns, rifles and a shotgun in the home. Bangayan was booked at the Men’s Central Jail in downtown Los Angeles.


It was announced not long after his arrested that charges would not be filed because FBI agents spoke with his parents, searched Bangayan’s vehicle and apartment and found nothing they thought would be threatening.

Prosecutors noted that Bangayan did not name a specific school or person in his threats despite mentioning the shooting that took place at Sandy Hook Elementary School in Newtown, Connecticut on December 14.

Bangayan told officers that he was just joking when he wrote messages on Facebook that if people did not stop making posts about the shooting at Sandy Hook, he would do the exact same thing in Los Angeles. Bangayan allegedly wrote the following:


“No really America, if you post one more Facebook post about the shooting at that elementary school, I swear to whatever f**king god you believe in that I will do the same goddamn thing. I have the guns, I have the incentive, and I won’t commit suicide at the end, I’ll just go to the next f**king school and the next and the next …So I woke up this morning and said to myself … Dang you know [what] would be really awesome right now … some dead kindergarteners … and Christmas early.”

Bangayan also wrote on social media pages that thousands of children die in countries across the world and that Americans need to get past the shooting, which took the lives of 20 children and six adults at the school.


“When we get information like this, we take it very seriously, even more so now in light of the Connecticut school shootings,” Los Angeles police Cmdr. Andrew Smith said.

Bangayan is studying engineering at Cal Poly Pomona and was initially held on $500,000 bail. Officials from the school did confirm to media outlets that Bangayan was a student there in the engineering department and that he lived off of campus. Tim Lynch, a spokesman for Cal Poly, did not mention if Bangayan had legal issues on campus.