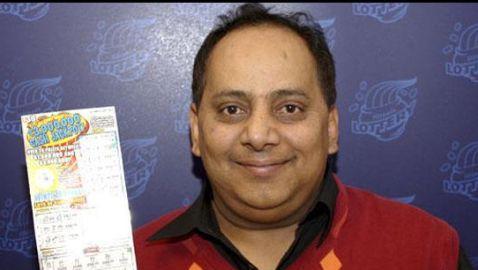 When Urooj Khan returned to Chicago from the hajj pilgrimage to Saudi Arabia, he swore to live a better life and stop purchasing lottery tickets, except for one more time. Khan bought a scratch-off that won him $1 million. Khan died suddenly as he was preparing to collect his money, according to The Associated Press.

The Cook County Medical Examiner’s Office said that Khan died of natural causes on July 20 as there were no signs of trauma or anything else suspicious. In a turn of events, officials are now saying that Khan ingested a lethal dose of cyanide. The reason the cyanide was found was because a family member asked for expanded screening.


Now, the case is a homicide investigation by the Chicago Police Department.

Khan was a dry cleaning business owner and bought the ticket at a convenience store close to his home in West Rogers Park on the North Side of Chicago. The store clerk, Ashur Oshana, said that Khan told him he was over gambling, but could not resist buying one more ticket. Khan scratched of the winner in the store.


“Right away he grabbed my hand,” Oshana said. “He kissed my hand and kissed my head and gave me $100. He was really happy.”

On June 26, at an Illinois Lottery ceremony, Khan said that he jumped in the air and shouted repeatedly, “I hit a million! Winning the lottery means everything to me,” he said at the ceremony. His wife, Shabana Ansari, was also there with their daughter, Jasmeen Khan.


Khan noted that he would put some of his money into his businesses and some would be donated to a children’s hospital.

Mike Lang, a lottery spokesman, said that Khan took the lump sum of $600,000, which after taxes amounted to $425,000. On July 19, the check was written by the state Comptroller’s Office, which was one day prior to Khan’s death. The check was cashed on August 15 and Lang said that if a lottery winner dies, the money usually goes to the winner’s estate.

Cina said that no autopsy was performed because the Medical Examiner’s Office did not perform them for people over age 45 unless the death seemed suspicious. The cutoff age was raised to50 since his death, which was ruled a result of the narrowing and hardening of coronary arteries.

An unnamed relative of Khan’s asked for further investigation into the death.

“She (the morgue worker) then reopened the case and did more expansive toxicology, including all the major drugs of use, all the common prescription drugs and also included I believe strychnine and cyanide in there just in case something came up,” Cina said. “And in fact cyanide came up in this case.”