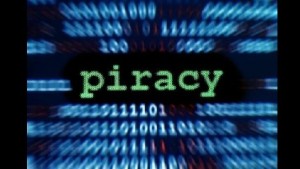 The legal system has been hitting file sharers hard lately — harder than ever. Kywan Fisher got bilked $1.5 million for sharing 10 movies on a file-sharing site; Jammie Thomas, a single mother of four, was hit with $1.5 million as well for sharing 24 copyrighted songs on the net. And now a man from Portsmouth Virginia has been punished with the largest file-sharing term ever handed out: five years in prison.

Jeremiah Perkins, 40, — a.k.a. Butch Perkins, Stash, and theestas — headed a group called IMAGiNE which orchestrated the videotaping of movies still in the theater for release to the internet public before DVDs are available. The group prided itself on its “short latency periods between the theatrical release and their pirated release, their consistently good quality of audio captures, their high volume of releases, and their connection to international suppliers.”

And as the indictments said, the group sought “to be the premier group to first release to the internet copies of new motion pictures only showing in movie theaters.”


It further said that they accepted donations “to fund expenses, including the cost of renting servers used by the conspirator, and to accept payments for the unauthorized distribution and sale of pirated copies of copyrighted works.”

The websites they used included member profiles, a torrent tracker, discussions forums, a message board, and rules.

Co-defendant Gregory Cherwonik received 40 months for his involvement with the group, Sean Lovelady received 23 months, and William Lambert received 30. A final defendant will be sentenced in March.