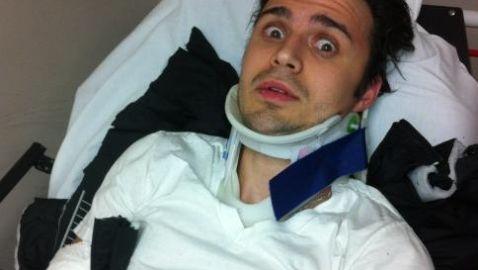 Kris Allen, the winner of “American Idol” Season 8, was injured in a head-on car crash on New Year’s Day. Allen’s wife, Katy Allen, was in the vehicle with the family dog, Zorro, at the time of the accident.

Kris’ mom, Kimberly Allen, tweeted that both Katy and Zorro are “pretty beat up” but were doing fine. Kris broke his arm and had to undergo surgery on January 2. Despite the scary start to 2013, not long after the accident, Kris tweeted that his wife is pregnant with the couple’s first child.


“Thank you @ford for equipping me with a car that kept my whole family @katyallen @ZorroPup and the little one we have on the way safe,” Kris tweeted. “Yes I got in a really bad wreck tonight and yes I’m having a lil baby. #gonnabeadaddy”

The broken arm was the only injured suffered by Kris in the accident. Based on the picture of the Allen vehicle, it could have been much worse for all those involved. Kris has his “Out Alive” tour scheduled to begin on January 8 and Kimberly tweeted that Kris “may not play guitar for a while.”

Kimberly tweeted: “From Kris: he’s in a lot of pain, arm broke, may not play guitar for a while. Prayers welcome please! #headoncollision,” and “Kristopher and Katy are both pretty beat up but ALIVE! Thank you Jesus! They are setting his arm now and will have surgery tomorrow.”


Kris did clarify things, tweeting, “Don’t worry everyone I may have broken my wrist but the #OutAliveTour is still on.”


Kris is “in a lot of pain,” according to Kimberly, but he is home resting. No other details regarding the accident have been made public yet. It is also not known how far along Katy is in her pregnancy and if it was affected in anyway by the accident. 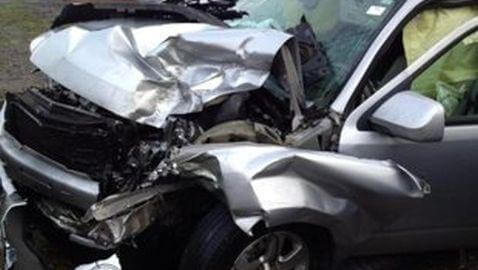