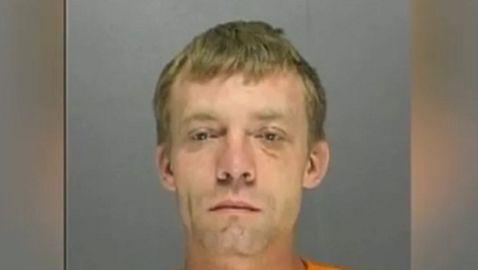 Kenneth Rowe, Jr. probably will not win father of the year awards anytime soon after what he did recently in Daytona Beach, Florida. His story involves his infant baby, cigarettes and a strip club. Rowe has been accused of leaving his two-month-old son in a liquor store and strip club, according to police.

Rowe, 26, was already drunk when he arrived at the Shark Lounge and Liquor Store. Upon his arrival, he told the clerk inside to watch his son while he went to go smoke. In a report from WESH-TV, Rowe promised the clerk that he just wanted to go outside and smoke and would be right back inside.


When 15 minutes went by and Rowe was nowhere in sight, the owner of the establishment called the police. Daytona Beach’s Police Chief, Mike Chitwood, said, “You’ve got a two-and-a-half-month-old out on a freezing cold night and you just take this baby out at 11:30 at night because you want to go to a dancing bar?”

Employees of the establishment and the owner decided to perform a little vigilante justice while waiting for police to arrive as they chased Rowe and brought him back to where his son was waiting.

“He asked her if she could hold the baby for a few minutes, and then we had to go and chase him down to get him to come back into the store to pick up his child. He’s severely intoxicated.”


The baby was returned to the father by the employees and he tried to escape and elude the police, but was discovered hiding in the bushes when the baby began to cry. According to authorities, Rowe and his wife are transients from Illinois. The couple has been living in a local motel. Rowe was charged with child neglect. The baby has been returned to the mother following the incident with the father.